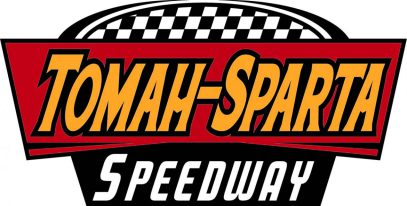 It is always great to see some new faces in victory lane. It keeps the racing exciting and brings the fans back to see different drivers winning. Several new drivers, many making their first appearance of the season at Tomah-Sparta Speedway, got their chance to ring the victory bell in TACU Victory Lane.

Larry DeVito took the lead early on in the Modified feature before being overtaken by Jay Potter on lap three. While Potter widened his advantage over the field, Brad Wildes got into a long side-by-side battle with DeVito. Wildes, the most recent feature winner, eventually took over second at the halfway mark of the 20-lap main event. Wildes was unable to make a dent in Potter's lead as he drove away to a full straightaway win over Wildes. DeVito battled with Paul Brown for several laps before the reigning Modified champion took over third with three laps to go.

The Sportsmen finally got to run their own feature for the first time this season. Minnesota driver Greg Borchardt quickly got in front of Jake Schiller at the start, but they would battle non-stop throughout the feature. Schiller got alongside of Borchardt for several laps, but got loose in turn four on lap 10. He quickly made up ground and would be glued to Borchardt in the final laps. Borchardt held Schiller off to capture the checkered flag first.

The one constant of the night was in the Hobby Stock feature. Mike Borchardt led the first two laps before point leader Andy Moore took command of the race. Once again Moore would have to contend with Raymond Hardy for the lead. There would also be a new challenge to Moore's dominance coming from Mike Krieger. Hardy and Krieger got into their own battle for second. They even nearly ended up in the back straight wall with five laps to go. Moore was untouchable as he claimed his third straight feature win, with Krieger taking second over Hardy.

James Rittenhouse led the opening lap of the Hornet feature, but Rob Stanfield surged by Rittenhouse to take over the top spot on lap two. Stanfield would be caught by both Troy Tuma and Patrick Thicke, and they would be locked in a three-way battle over the lead. Thicke found an opening, shot through it and claimed the lead with six to go. Thicke would runaway with the win, while Tuma got by Stanfield for second.

Jestin Delap, Sr. started on the pole for the TACU 6 Shooter feature and held onto the lead despite a couple early yellow flags. One of those yellows hit point leader Tristan Drazkowski hard. Delap would drive away from the field, but Cameron Riggs tried to make things interesting. Riggs closed on Delap in the final laps, but Delap held enough of an advantage over Riggs to score the victory.

In the Mini Stock feature, Jordan Young took the lead early in the 2018 season championship car driven by Patrick Thicke. Tim Finstad powered by Young on lap three, and would not be challenged the rest of the way. Finstad pulled out to a huge lead and scored his first feature win of the season.

The Chaos division returned to action with the Stop-N-Go Race, where you had to come to a complete stop in the designated zone every lap before you could continue. Troy Tuma was the lone Hornet in the field, and he would come out on top.

Action continues next Friday, June 7 with the Modifieds, Sportsmen, Hobby Stocks, Hornets, 6 Shooters and Mini Stocks. The Chaos division will be back in action with the Barrel Race. Gates open at 4:00, qualifying starts at 6:00 and racing starts at 7:30.

For more information about Tomah-Sparta Speedway or the 2019 schedule of events, please call the office at 608-461-1920 or visit tomahspartaspeedway.com.

TOMAH-SPARTA RINGS IN THE 2019 RACING SEASON IN STYLE

A beautiful night welcomed race fans back to the Tomah-Sparta Speedway, as we kicked off year number two under the guidance of Greg Oliver. A tradition made famous at the old Minnesota State Fair Speedway has been started here at Tomah-Sparta with the introduction of the victory bell in TACU Victory Lane. The first feature winners of the new season got the first honor on ringing it after some exciting features to start the season.

The Hobby Stocks had the first feature of the season. Andy Moore quickly took the lead, but he would be pressured all race long by veteran Raymond Hardy. Back in action for the first time in seven years, Hardy stayed glued to Moore's bumper the whole way. Hardy even got side-by-side with Moore a couple times, but Moore repelled his challenges to capture the win. Not only did Moore score a clean sweep, he would be the first feature winner to sound the victory bell.

Dells Raceway Park regular Logan Delaney made his first trip to Tomah-Sparta a huge success as he scored a clean sweep in the Hornet division. He set fast time. He won his heat race. In the feature, Delaney got around Kendon Thurk on lap six and drove away to a comfortable win. The Mini Stocks ran with the Hornets, and Paul Finch made things interesting for

Delaney in the final couple of laps. Finch would wind up in victory lane winning as the top Mini Stock in the feature.

The TACU Six Shooters feature saw Dustin McCracken drive off to a big lead over the first eleven laps. 2018 champion Matt Moore made his way through the pack to catch McCracken and get around him with four laps to go. Moore started the 2019 season the same way he ended 2018, in victory lane.

The Modified feature would be a see-saw battle all race long between fast qualifer Brad Wildes and Nick Quinnell. They battled side-by-side throughout the final feature of the night. Both drivers would swap the lead four different times. Eventually, Quinnell would charge by Wildes down the back straight with five laps to go and drive away with the win. Mahlon Borntrager's Sportsmen ran with the Modifieds, and he would be the top finishing Sportsmen in the feature.

Action continues next Friday, May 10 with the Modifieds, Sportsmen, Hobby Stocks, Hornets, 6 Shooters and Mini Stocks. The Chaos division will kick off their 2019 season with the 2nd Over the Line Wins race. Gates open at 4:00, qualifying starts at 6:00, and racing action begins at 7:30.

For more information about Tomah-Sparta Speedway or the 2019 schedule of events, please call the office at 608-461-1920 or visit tomahspartaspeedway.com. 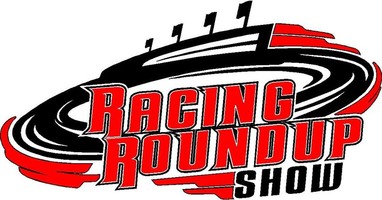